The homeowners wanted a photovoltaic system to cover as much of their energy use as possible, but were concerned about the appearance on the front of their house.

Their largest roof area faces east-west, so we suggested they have us install as much as possible on the other roof areas and then install a small array on the front, as neatly as possible. For the front roof, we suggested one minimalistic row of black modules using black hardware and no exposed conduit.

The homeowners are delighted with the results!

The system uses high-efficiency Heliene modules, made in the U.S., and SolarEdge inverters and optimizers to minimize shading effects.

East or west facing roof areas produce about 20% less energy than south facing roof areas, but with the high efficiency of our equipment, we are still able to offset about 66% of their electric use! 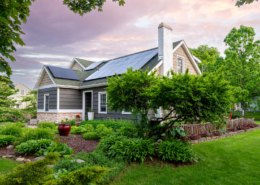 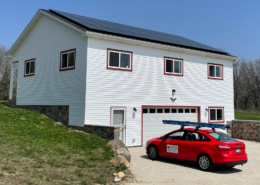 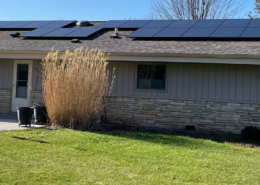 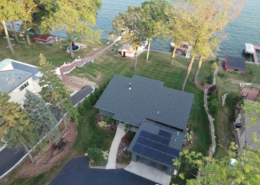 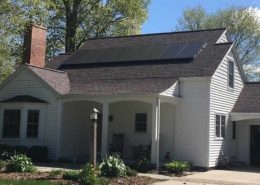 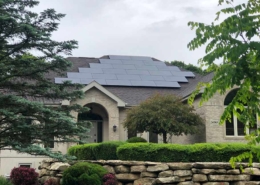 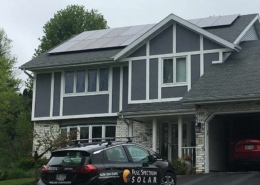 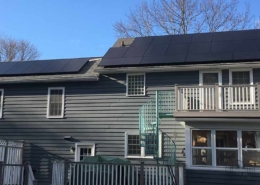 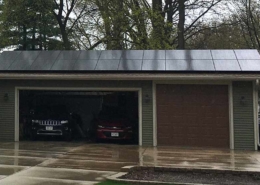 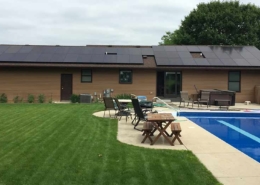